A Designer Steals Our Words

How would you feel if you knew that one of your fellow interior designers is strongly talking up an Internet marketing firm that he secretly owns?

And, how would you feel if that same firm was built on stolen words and business practices, as well as on fabricated testimonials?

That is the case with a company calling itself SEO-for-interior-designers.

Let’s look at the first testimonial on their website: 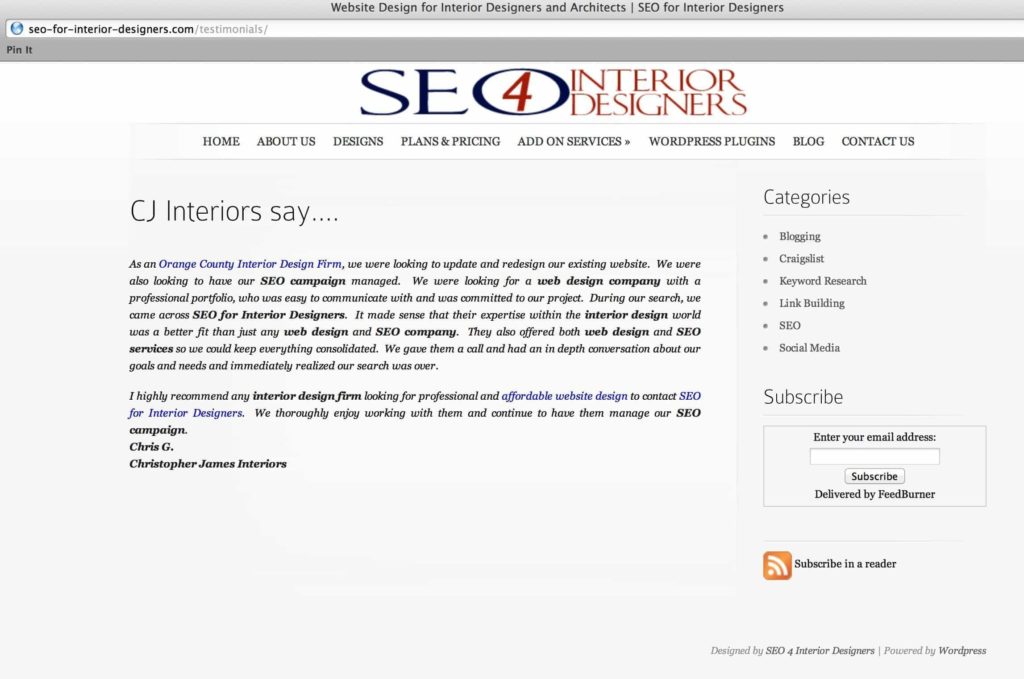 This all would be great if this wasn’t the deceiptful writing of the firm’s owner.  Yes, the owner of the firm is Chris G., but shhhh, he doesn’t want you to know that.  Chris wants you to think he discovered this marketing firm, not that he created it.

On November 14, 2012, I had discovered that this fraudulent marketing firm had stolen my wording and as much as they could ascertain of my business practices.  I wrote this blog post on the topic: SEO for interior designers fraud.   I immediately sent the blog post to the fraudster who stole all of my materials.  He called me and told me he’d take it down immediately.  And, he begged me to not reveal to his fellow designer that he was the man behind the operation.

Chris is an Orange County designer.  What he shared with me on the phone is that he needed marketing and SEO support and didn’t know where to turn.  So, he hired a local guy and asked him to learn how to do it.  The learning process got him to build up a marketing presence for himself and he decided to build a second stream of income by selling his services to others.

I am also bothered that some designers are getting tricked into using his amateurish service based upon hundreds of hours of experience as compared to my team’s tens of thousands of hours of experience.  However, that is what it is, and can’t be regulated.   There is nothing illegal or unethical about selling lower quality services.  It is just when you copy the text straight off of another’s website does it become illegal and unethical.

Recently in the Design Success University’s LinkedIn group there has been much talk about a designer who has stolen the work of others to promote her own firm.  After being caught red-handed and being asked to take down one designer’s image, she either replaced it with another stolen image or a stolen image was there and continued to be used.   When this was brought to my atteniton I went on her website, found the source of the stolen image, and informed the image owner of the infraction.  Read about that story and how to detect stolen images here.

(This is NOT about using another’s image in your blogs or other posts.  This is about using images when they can be misconstrued to be yours).

After posting that article I got a message via DSU’s LinkedIn group that another designer used the search method I suggested in the article and found that her image was being used by a Tennessee design firm. And, they used her words.  Throughout this discussion I kept on referring to how I sympathize with the stolen images as a designer stole my business philosophy, my words, and attempted to duplicate my firm’s process (which can’t be done).   That is what made me go back to his website to see if he cleaned it up.  Over a half year later he is still using the same lies, the same false testimonials, and he is still hiding his identify.

I can only imagine how many of Chris G’s “friends” were referred to his own business without them even knowing that he is simultaneously friend, salesman, and service provider.  I can’t image how sticky and secretive his office must feel.  That he has access to other designer’s analytics.  That he can tell his employee to prioritize his own account at the expense of his paid clients.  The room for conflicts of interest is endless.

1.  Police your images actively so that other designers don’t sell their services based upon your results.

2. Choose a marketing firm wisely as integrity is not a prerequiste for the business.

Note: I didn’t use full names or url links to the offending websites because I don’t want them to get a Google boost from a link from my website.

Author: Ken Lewis, CEO of ClientExpander.com. Internet Marketing and Search Engine Optimization (SEO) for Interior Designers and other home design professionals. Explore our services here. If you are interested in working with us, contact us. 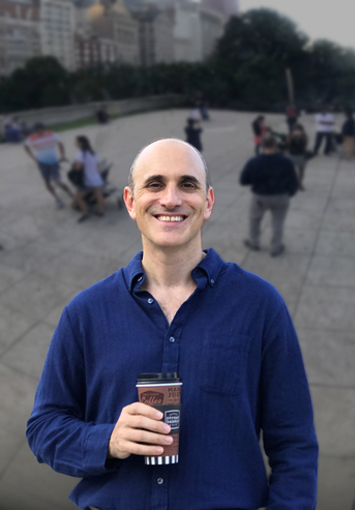 Ken offers unparalleled marketing from a uniquely informed vantage point that arises from advanced SEO and marketing expertise, a deep knowledge of home improvement marketing, the know-how of being a third-generation family business owner, and experience as a consumer of luxury interior design. 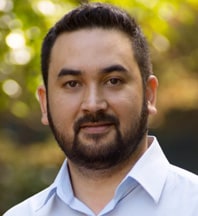 Studio Designer
They are more than a service provider; they are thoughtful collaborators who know how, where, and when to communicate each aspect of your company’s story. Studio Designer has confidently relied on their partnership and knowledge for years. 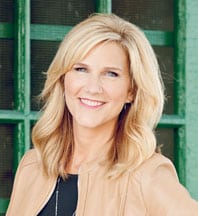 Michelle Yorke Design
I have been working with Client Expander for the past 5 years. My SEO rankings have been at the top of my area consistently for the past 4 years and I continually get new clients from finding me in a google search for designers in my area.
Read More Reviews 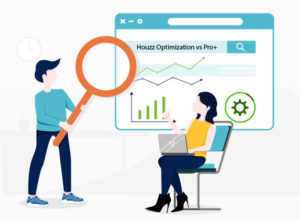 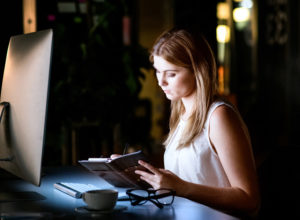 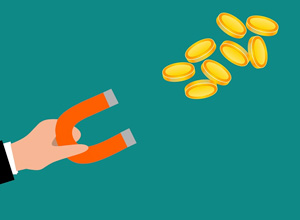 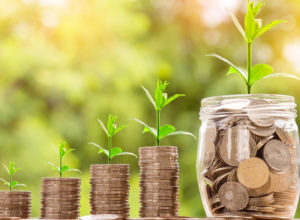 HOW CLIENT EXPANDER CAN HELP YOU

Let’s discuss your business development needs & how we can help you achieve your goals.
Contact

Expert guidance to get your marketing to achieve your goals while staying on budget.
Schedule